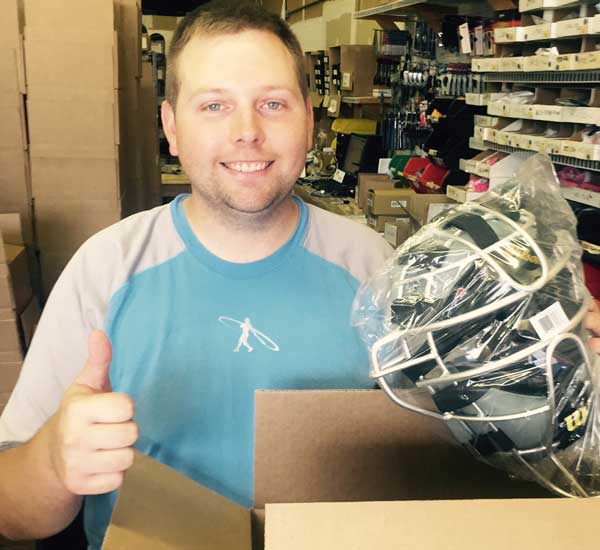 We are very happy to announce that Brandon Lawson, one of our most easy-going crew members ever and one of my all-time favorites, is back!

Brandon had worked here 3+ years previously. He primarily worked in the warehouse where he packed orders for delivery and handled inventory before we lost him to another local (non-officiating supply) company. We hated to see him go, but he left on good terms and stayed in touch.

Things have a way of working themselves out, and Brandon is now back in the warehouse.

Brandon is from and resides in Indiana. He has umpired baseball - youth through college - in both Indiana and Kentucky and is a Kentucky high school football official. He is graduate of the Wendlestedt Umpire School (class of 2010). He is a member of the local KBUA (Kentuckiana Umpire Baseball Association) and the KFOA (Kentuckiana Football Officials Assocations).

Welcome back Brandon! We are glad to have you.