If you called or emailed us in the past three years, the odds are good that Hunter Fry was there to help. 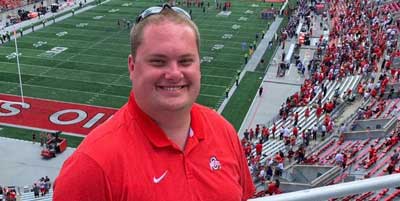 Hunter has served in what we call our customer service lead role. That title goes to the most experienced service staff person who also provides guidance to the rest of the service team. 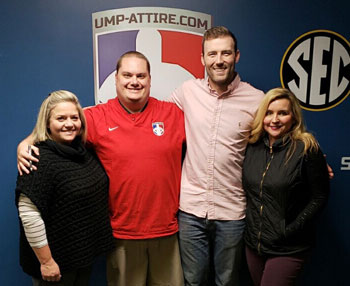 Starting with the 2019 season, he began handling a majority of customer service issues from the 230 Minor League Umpires we serve. 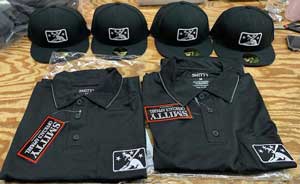 In January 2020, he coordinated all our preparations as Official Uniform Supplier of the MiLB Umpire Training Academy. 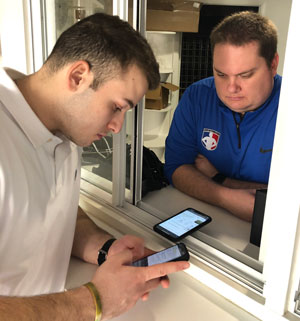 In February, at the MiLB Advanced Course, Hunter fit each student with his or her Minor League uniform should they be hired. 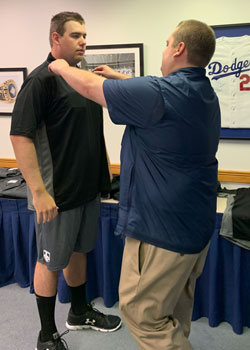 He is currently working to ensure MiLB umpires have the uniforms and gear they need for their upcoming season.

Hunter came to us via a suggestion of one of our good friends Michael Neel.

Hunter has a bachelor’s degree in sports management from Eastern Kentucky University, he served a 6-month internship at Historic Dodgertown and is a former high school basketball official. 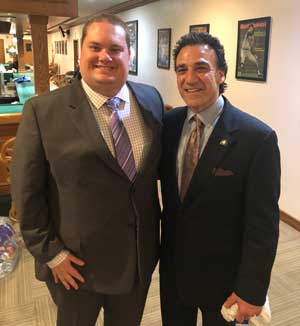 Hunter with MLB Umpire Phil Cuzzi at the MiLBUTA Banquet