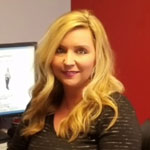 SHERIE SANDIFER has been promoted to OFFICE MANAGER. Sherie began her career as a customer service representative and quickly worked her way up to service manager, and eventually office manager.

BRANDON LAWSON, a multi-sport official, is our new BUYER. Brandon is our longest-term employee and began work here as a warehouse laborer. He last served as our inventory receiving clerk and is now responsible for purchasing inventory and working with suppliers. 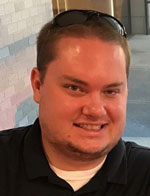 HUNTER FRY, a former basketball official, has been promoted to SPECIAL PROJECTS COORDINATOR. He will continue to serve as our service lead and will now provide administrative support to multiple departments.

TY UNTHANK, a college and high school umpire, has been promoted to CUSTOMER SERVICE SPECIALIST. In addition to assisting customers with service needs, Ty's responsibilities include social media engagement and serving on our product committee. 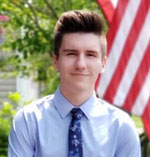 AUSTIN SANDIFER, replaces Brandon as our INVENTORY RECEIVING CLERK. Austin, Sherie's son, worked in the warehouse until his recent promotion.

These individuals work alongside myself and our crew to make a great team. I am proud of each and every one of them for their hard work and dedication to our company and to the sports officials community we serve.