We elected to play on the NCAA National Playoffs to allow our social media followers a chance to pick the champion for "Top Product of the Year". 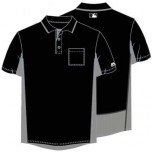 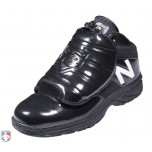 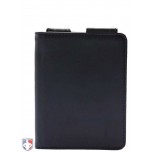 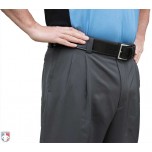 The Championship of NB Plate Shoes vs Poly Spandex Pants coincided with the National Championship Game on Jan 8th.

The winner for product of the year is the Smitty Poly Spandex Umpire Pants with a close 55% to 45% margin.

Thanks to all who participated as we had over 750 votes throughout the playoffs.

These pants fit your waste size, but otherwise are HUGE in the groin/thigh area to the point that they sag/droop and do not present the professional look that I would like. They wash well, are easily hemmed, and have good color, but I simply do not like the way they are so loosely fitting and sagging in the groin area. I would not recommend them to a size 32 inch waist person in the 155 lb range.

This is my second pair of these pants. They wick moisture away well, and wash great with very little wrinkling. I will get more with this type of fabric.

I have been using the Smitty Performance Poly Spandex Umpire pants now for about 18 months, so three full baseball seasons. My wife hemmed them, and they look great! After 18 months of washes, weathering (from freezing cold, rain, 110+ deg weather), they are still looking very good. Slight color fading after 18 months, but no wear failures, no holes, seam breaks, etc. I have been VERY happy with them. These are specifically field pants, so the legs are not big enough to pull up over plate gear (in case you were wondering). That is why you get these in tandem with specific plate pants.