While at The Umpire School this winter, I found this plate work checklist posted in the batting cages area. I thought you might enjoy it as much as I did. 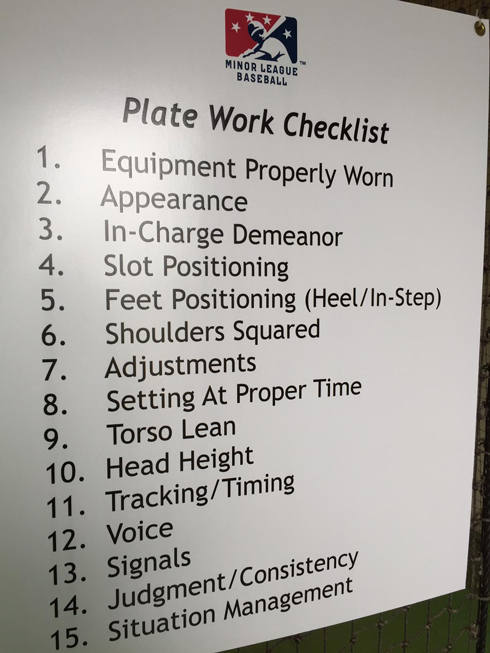