We asked fellow umpires to weigh in on how they wear and use the ball bag. Here are their tips, strategies and pointers! 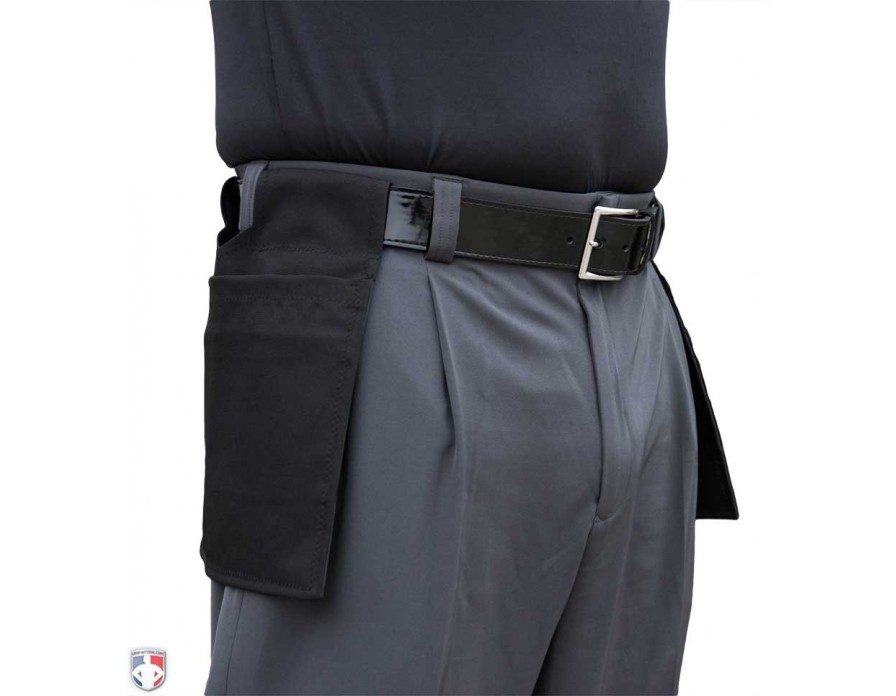 Clint Lawson - I use one ball bag at all levels.

Michael L. Wraa - 2 Bags...If your left handed...especially, it's a time killer with one bag on the right side to pull out ball, transfer hands and then throw it to pitcher

Cory Zacarello - It certainly depends on what level you are working. I totally agree with the 2 baggers comments on professionalism etc. at the NCAA, MILB, and MLB level , but for NFHS, Legion and below there is not much of a need for a 2nd bag, you are lucky to get 5 balls out of high schools in todays economy.

Dan Jeffery - 2 even if they run low. I can't stand having my lineup card holder and plate brush in same bag.

Michael Harman - 2 blue ones...balls in right and indicator and paperwork in the left.

Patrick Stark-Stonefish - 2, the higher the level, the better to have 2 to keep the game moving after foul after foul ball.

Sean Reynolds-Muhammad 1 using 1 makes you look unprofessional, unbalanced and slows the game down. i wouldn't book you after seeing you call with one bag

Mike Sliwinski - 3....gotta cover up the horrible belt loops on the back of the GD pants

Brad Thede - I tend to keep baseballs in my ball bags. Indicator in front left pocket of pants, wood handled plate brush in back right pants pocket, line up and sharpie in shirt pocket

Trevor Patton- Went to the Reds farm team Dayton Dragons tonight, and the plate ump used one ball bag. He never ran out of balls and still looked pretty professional. Plus, besides the handful of us who are ever at a game at one time, I'd be willing to bet most people don't even notice not care whether he's wearing one or two.

Roger Boyington - Always two. I agree that I am rarely given enough balls to fill one up but, it does look better.

Aaron Seefeld - For those of you wondering why the gray ball bags, back in the late 90's, MHSAA required the bags to match the pants. Not sure of it's the same now or not.

J.E. Henthorn - Always two. Balanced and never gray. Those should be outlawed

Michael Keil - high school games 1. I rarely get more then three balls per game. College games I use 2.

Ross Herda - 2. The normal stuff, baseballs, and since I use Ultimate bags I keep keys and my cell phone--on vibrate...never take it out during game but after witnessing what I have on the field I want phone capability. Also has clock for those games w time limits etc

There you have it - it seems 2 is preferred by most but there are a few using one or as many as three!

This umpire ball bag fits well on a belt. Holds baseballs comfortably and still room to get to indicator and note pad. I bought these two new ones to replace my old ones for tournaments.

Nice bag. Just got to stretch a little for ease of softball access. Nice pockets inside.

Great durability. Great protection from moisture. Holds 5 baseballs easily and comfortably. No issues with the opening being too small unless the bag is pulled taught over a tight belt.