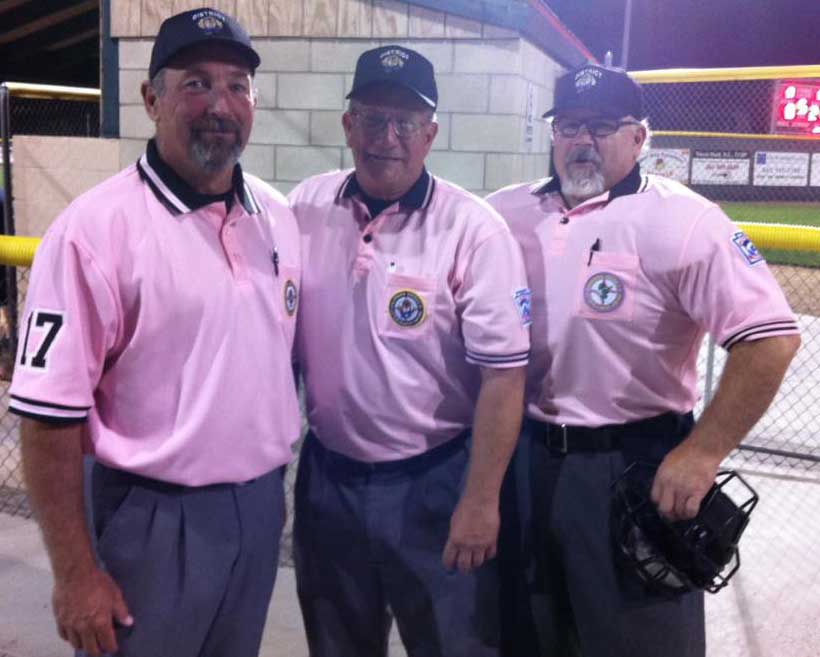 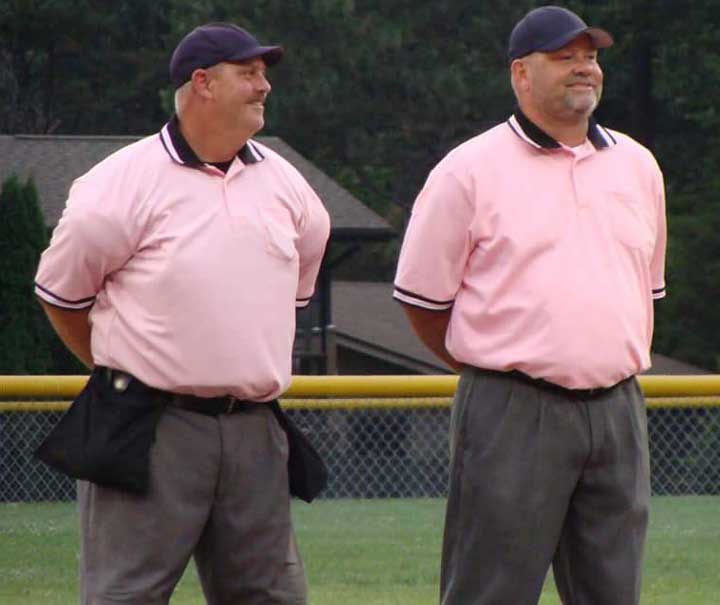 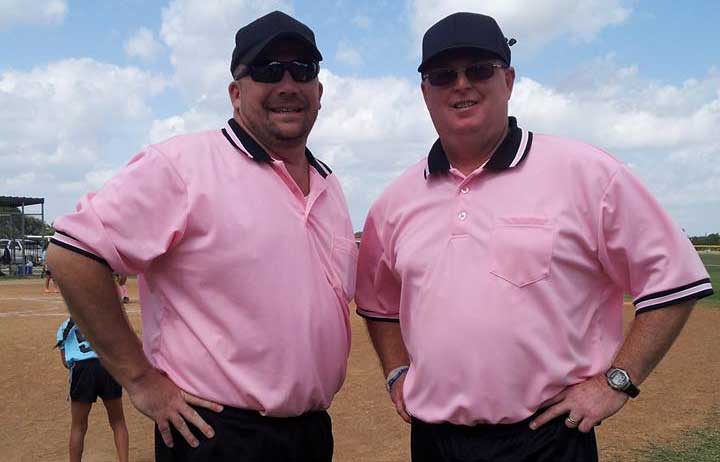 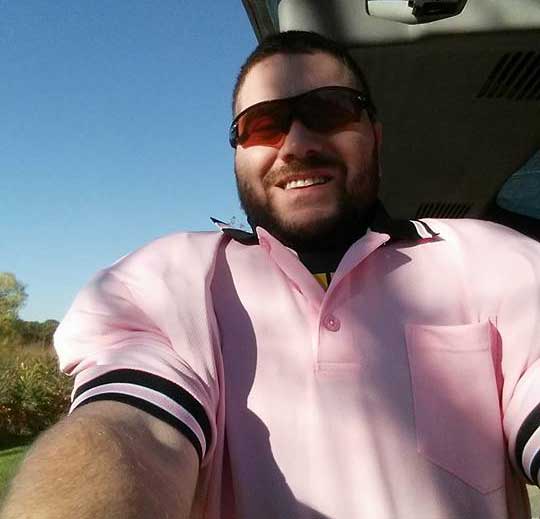 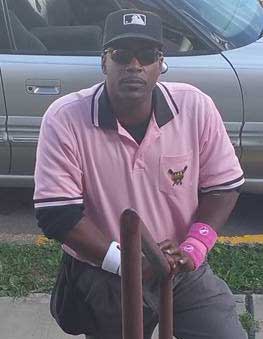 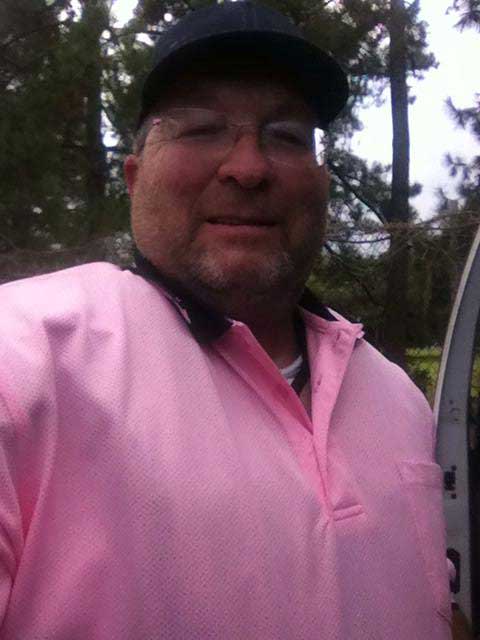 Thanks gentlemen for sharing and being BLUE for Pink Umpires. Have a photo of yourself in a pink umpire shirt. Send it to service@ump-attire.com, and we'll add it to this post.