Save Your Knees and Back When Working Bases: Another Tip from Stubby

He's provided many tips to help keep umpires safe and healthy that I've blogged about before.

Stubby, always full of wisdom, provided one more tip I wanted to pass along.

The tip is basically pretty simple.
Don't lock in too soon when umpiring the bases.

Anytime you bend over and put your hands on your knees, thus locking in, you add pressure on the knees and lower back. In the course of a 3 hour contest, you're going to do this more than a few hundred times. 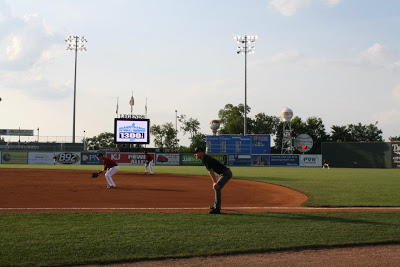 So take it from Stubby, stay loose a little bit longer between pitches and minimize the added pressure by not locking in too soon.

Excellent quality. I’ve used the Wilson pads for over 30 years and have found they are the most comfortable, durable and offer reliable protection game and game, year after year.

Excellent quality, high gloss shine and breaks in easily to contour to my waist without compromising the materials used in manufacturing. I’m proud to wear this belt on the field as it really gives the professional appearance.