Former MLB Umpire and head of the Professional Umpire Academy that bears his name, Jim Evans was recently hired as a consultant for Minor League Baseball. I met with Jim this January while at The Umpire School, where we are the Official Supplier.  Jim gave me the “insider” view of the Force3 Defender Umpire Face Mask. 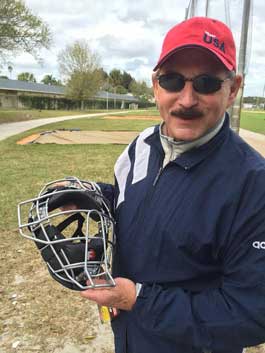 The Force3 Defender solves a need for umpires. Most umpires do not wear umpire helmets that, on average, provide more protection than traditional masks. So instead of designing a next generation helmet that most don't wear anyway,  Force3 has designed a next generation traditional mask (actually, there is a Force3 helmet in the development stage). After many years of designing, prototyping and testing the Force3 has developed a truly amazing technological creation! 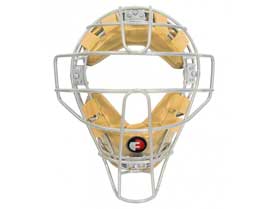 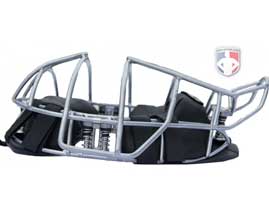 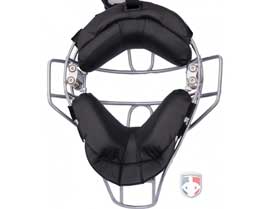 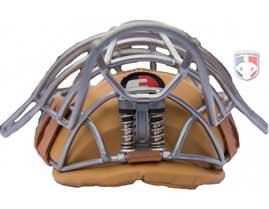 The Defender umpire mask features a dual-mask system with four zones of padding divided by a support suspension system that reduces force by up to 50% in most cases.

Add in memory foam padding and a lifetime warranty, the Defender is worthy of consideration despite its 29 ounces in weight.

I love this Force3 mask. I took two foul ball shots in the mask barely felt the impact. Also, the downside is that this mask made my neck hurt a lot when I umpire USA Softball tournaments to High School Softball Freshmen and JV games.

I have used the Force 3 Umpire Mask since 2017. I highly recommend it. Although it's a bit heavier than most masks, the weight is distributed well. The protection is second to none. I do not plan to go back to a conventional mask.

Good umpire mask. Comfortable and very safe. Took some good shots without any trouble. A little heavy, so keep it tight.