Wear Umpire Ball Bag on Side of Throwing Arm 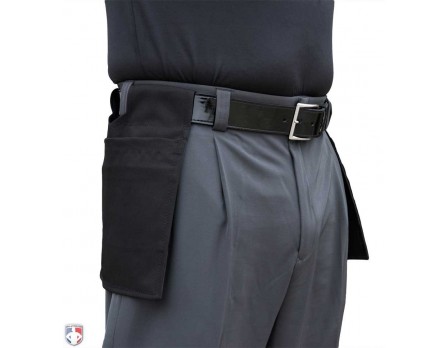 This is a good tip for beginners but sometimes overlooked.

Two bags or one? If you are new to umpiring, you are likely umpiring at a youth level. There, you are likely only to have a few balls provided per game. Therefore one umpire ball bag should do.

If you wear one, make sure to wear it on the side of your throwing arm. Makes sense, right? Beats taking it out with one hand and passing to your throwing hand before handing it to the catcher or throwing to the pitcher.

Hey guys, if you're looking for a great umpire ball bag this it. Easy in easy out, no fumbling to get the plate brush out. I have big hands and love the fact that I can get in and get what I need and not want to tear the bag apart to get balls or the plate brush.

Very good product, plenty of room. My only suggestion is to work it (roll up, crunch in hands) it's very stiff when new.

Good size with good pockets for plate brush and book.