Use Caution When Wearing a Cap Under Your Umpire Helmet

We researched whether each umpire helmet can be worn with an umpire cap. We discovered a safety issue with most helmets and typical umpire bill lengths. Most umpires try to make a cap work under their helmet for appearance reasons despite the lack of need for it.

You can see pics below where bills are exposed, which can result in serious injury if the bill is hit. 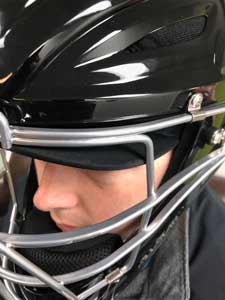 4-stitch cap bill fits under the All-Star helmet but is exposed. 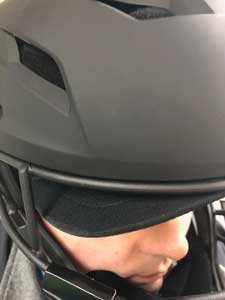 4-stitch cap bill fits under the Wilson Pro Stock helmet but is exposed. 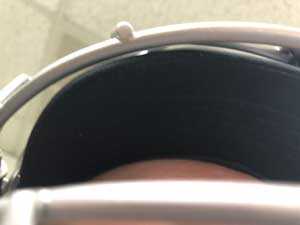 4-stitch cap bill fits under the Wilson ShockFX helmet (no longer available but still out there), is not exposed, but impact can push frame onto bill due to bill/frame closeness. 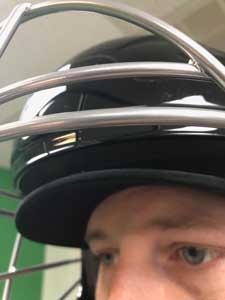 4-stitch cap bill fits under Force 3 helmet and is only one NOT exposed.

If you do plan on wearing a cap under your umpire helmet, we strongly suggest checking to make sure the bill is not exposed to a potential impact.

I, like many people have already commented, am new to the helmet world. Honestly, this helmet has saved me twice in one season on foul balls coming back off the screen. Worth the cost right there. I think All-Star puts a good product into our world and I do not have any concerns about the protective ability of the mask...its primary function. If I could change a couple things I would change how the bars attach on the upper and lower part of your eye slot. When I look up for a foul ball I always seem to see that weld spot at the top of the slot because it creeps just a little down into your field of vision. The same thing happens on the bottom with the two welds when I am looking for a ball on the ground. That would be my only recommendation to take a look at before you commit to this mask. Otherwise I think the backs of my ears will toughen up to the straps and I will adjust to the scary noise that comes from getting popped in the face when the plastic reverberates.

I love this helmet. Very lightweight without sacrificing protection. It was tight at first on the ears but loosened after 5 or 6 games. I wear a 7 3/8 cap for reference.

I like the protection this helmet gives me. I have clear vision with it and it's easy to put on and off.