The New Standard in Umpire Numbers is Here

Jan 19th, 2018
We have sold over 10,000 uniform numbers the past 3 seasons and have the largest selection anywhere. We know our numbers!

What we want you to know: Umpires are moving to the new precision-cut numbers - and away from tackle-twill numbers at the rate of 2-to-1.

Why? Because they are better - sharper, lower-profile, no-threads and easier to put on your shirt or jacket. It's why many pro teams have already made the switch. Umpire uniforms are trending in the direction of upgraded fabric, so why should the sleeve number be any different?
Same Size. Same Color.
1-Layer Dye-Sublimated, Not 3-Layer Sewn.
New Standard. 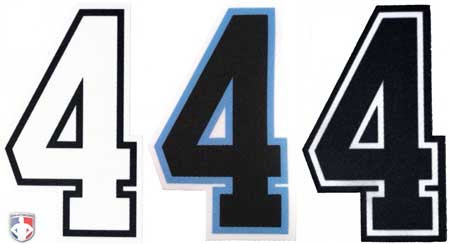 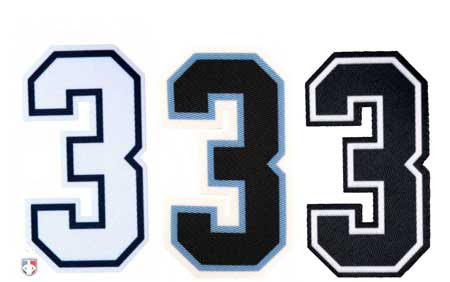 We sell all of our numbers as loose numbers and not already sewn on to your uniform. It is much better to make sure your shirt of jacket fits properly before the number(s) are attached. See instructions for correct number placement in our "Fitting Room".

Good material. When it comes to gluing very easy and good durability.

Good material and easy to paste.

These numbers are great!! Very professional looking. Just be sure NOT to use an iron to put these on. Definitely want to use a heat transfer press to apply these (hang dry after washing or dry clean). If your only option is to iron these on, then you will want to have someone attach the numbers, too, using a zigzag stitch or whip stitch. Otherwise, the edges may peel up. I used the heat transfer press (without sewing) and my numbers still look great.