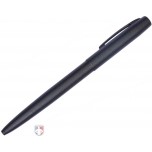 n each issue, Referee Magazine features an officating apparel, gear, acceessory, training or other item that can make officiating better and/or easier.

WHAT REFEREE SAYS ABOUT THE PEN:

"For those games played in that light drizzle - the kind that's just enough to make things miserable, but not enough to warrant calling off the game - there's a device that makes it easier..." (40th Anniversary Edition) 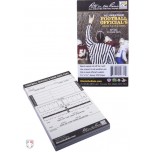 We will add that this pen can write on wet paper or Rite-in-the-Rain" football information cards. Never worry again about recording vital game information in rain, snow or humid conditions as an outdoor official with this duo of products.

Thanks Referee Magazine for featuring one of the products we have been carrying for years.

Interesed in subscribing to REFEREE? Click the graphic below:

Got the cards and the pen. Worked great during an absolute downpour game in Seattle.

Great product! Works really well! Definitely recommend for anyone who works games in tough weather! I would like to see it come in a different color besides black ink though. Made it tough to decipher the difference of line up and changes on my line up cards for Baseball.

First use with this pen was of course in the rain! And it worked perfect!