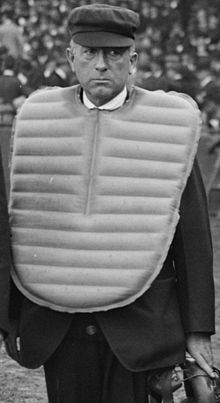 As the game of baseball has evolved, so has the umpire uniform. Gone are the old days of ties and balloon (outside) chest protectors.

Also, fewer umpires in the modern game of baseball are wearing plate coats (what some call suit coats or blazers). MLB umpires wear them less and less, even in the World Series where you may have seen them most often. They are not worn at the Minor League level.

Why Umpires Are moving away from Plate Coats

In the major DI conferences where I umpire, in 2018, there was only 1 plate coat wearer out of the crews I worked with. Jim shared a story with me that he spoke with the main manufacturer of plate coats 6 years ago. They had made only 24 total the previous year - that includes ones for umpires in the major leagues who get them for free.

On the one hand, while amateur umpires tell us they'd like one, with the $250+ price tag, they say they would rather buy new umpire gear instead.

3. THEY TAKE TOO LONG TO RECEIVE.

As they were made custom, one competitor once listed completion in 12 weeks. Who wants to wait that long?

4. THEY ARE DIFFICULT TO PACK

Major league umpires that I know would not spend $250 on a plate coat if they had to lug it around themselves.

5. They are dryclean only.

Another expense and headache, that if you are like me with my busy schedule, you don't need.

6. it doesn't Meet the Criteria of Modern Umpire Apparel.

Today's umpire apparel should provide the best mix of athleticism and authority. While you might think the plate coat achieves the authority part, a worn, exposed chest protector may defeat that objective. It also does not achieve a high score in athleticism in 2 and 3-man systems where amateur umpires work most. You wouldn't wear your sportcoat at the gym. Why would you wear a plate coat on the field?

INSTEAD OF PLATE COATS

Here is what veteran umpires do behind-the-plate in the modern game when it is cold. 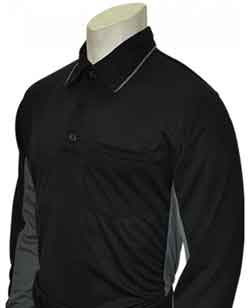 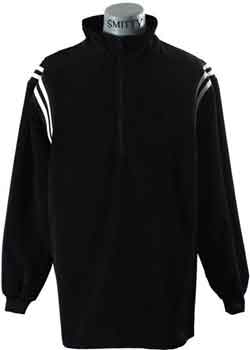 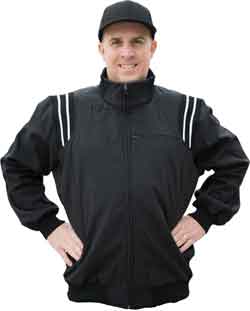 Yes, there is no rule against wearing these heavier weight jackets when it is really cold, even if you can't easily tuck them. At least, they are low-profile. Besides, you can't tuck a plate coat either.

The best umpire jacket for cold weather. Very comfortable and warm. I really love the side slash pockets which was a major feature that was missing from the Majestic version.

Looks great, fits great with chest protector on. Don't need to size up.