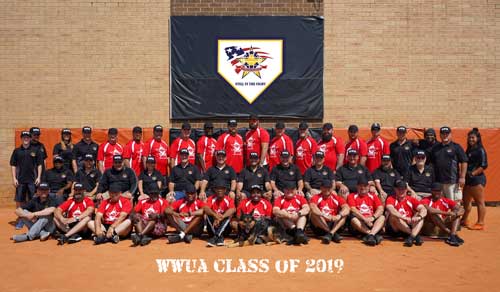 Wounded Warriors Umpire Academy is bigger than umpiring. Their mission is to serve the Veterans of our great nation by teaching them a skill that can get them back into their communities and provide a renewed sense of comradery with their peers.

Ump-Attire.com has been a proud sponsor of WWUA for all 6 years of their operations. With the help of many of our gear and apparel suppliers, each new Warrior is outfitted with a full set of equipment and uniforms to start their umpire career.

THANK YOU to the following suppliers for their contributions to WWUA and our Veterans.

This year, I was fortunate to be in Charlotte, North Carolina for gear distribution and first few days of camp. I have always been proud of Ump-Attire.com’s involvement with WWUA, but did not fully grasp the importance until I saw it with my own eyes. Our gear contributions are greatly appreciated, but getting these Veterans back with a group of like-minded individuals and working towards a common goal is what this Academy is all about. Major Greg Wilson, his wife Melanie and their entire staff have a passion for umpiring, but have an excellent understanding of the true mission of WWUA.

The 6th WWUA class was made up of 24 Veterans (along with 3 service dogs) and a staff made up of umpires ranging in experience from Major League Baseball to past students who have just started their umpiring career.

The Motivator Award goes to the student who is looked up to as inspiration to keep going. The one who pushes forward when the odds are stacked against them. The one, despite their aches and pains, gets up and works hard every day. Out of the 16 eligible students to receive this award, 11 were nominated by their peers. Almost 70% of the class was considered as having the qualities expected of the Motivator Award.  While only one can receive the award, 10 others were heroes to their peers. That kind of student support is simply amazing. Congratulations to this years’ Motivator Award, Eric Murray.

The Honor Graduate Award is presented to the one student who best champions the WWUA message. This student didn't have to be the best umpire student, but needed to be someone who would be there for any member of WWUA no matter what the circumstances. It was a near unanimous decision to present Matt Currin with the exceptional honor. He is a fine American and an even more amazing human. 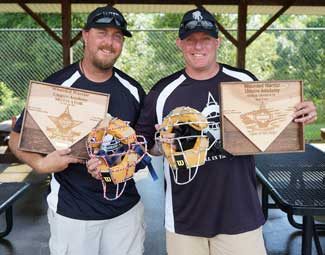 The group worked 45 games in North Carolina at the conclusion of camp and will umpire tournaments in New Mexico and South Carolina this summer. 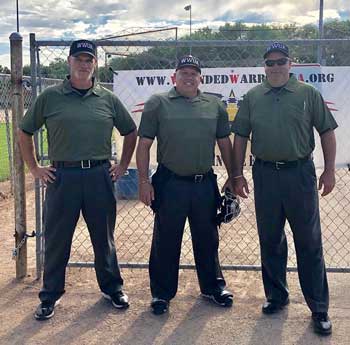 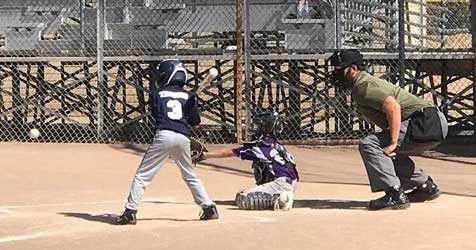 THANK YOU Wounded Warriors Umpire Academy for your service to our Country and everything you do for our great Veterans. Continue to ‘use this thing called baseball’ to reignite the spark in these courageous men and women.