The UmpRoller 3000 Hoverboard Now Available on a Field Near You 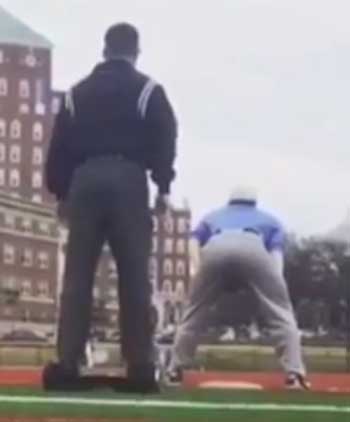 Not since the change from a balloon to an inside chest protector, has there been such a revolution in equipment to make umpiring easier.

In conjunction with professional umpire associations, who spearheaded this project, we are excited to roll out a new standard for umpires: the UmpRoller 3000 Hoverboard, exclusively at Ump-Attire.com.

This is not some toy kids expect at Christmas time. No, this revolutionary product was designed with umpires in mind and has been undergoing numerous revisions to get - like your calls - just right!

A hoverboard will transform the way you umpire. Never will you have to bend down or move your legs again. Your knees will thank you.

Postion both feet on the hoverboard. Lean in the direction of the play. The hoverboard will magically move with the shift of your weight. Lean back to stop the hoverboard when you have the perfect angle and distance. Then make your call. It's that simple!

Imagine a punch-out on a bang-bang play, then effortlessly wheeling yourself back to position as you wave to an adoring crowd who is cheering your excellent call.

Don't buy just any hoverboard. The UmpRoller 3000 has features just for umpires.

First, it works with built-in GPS and Google Earth that maps out all baseball and softball fields in conjunction with easy-tap buttons you can click with your feet to move you into A, B, C or D (for 3 and 4-man) position. Need to be in A? Tap A and the UmpRoller 3000 transports you there. Great for umpires-in-training and veterans alike.

Second, are you worried about field conditions or getting your new New Balance base shoes dirty? Don't be. The UmpRoller3000 comes with all-terrain tires and optional snow chains for the early season in northern states and Canada. Besides, your feet will never touch the ground, and you'll never have to clean your shoes again. Amazing!

(Disclaimer: not responsible for electric shock when it's raining. If it's raining, just call the game already and go home. You already got paid!) 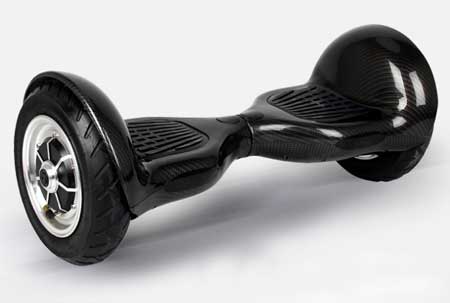 Working in collaboration with rules-governing bodies at all levels, there have been just 3 rule changes to easily cover hoverboard use by umpires:

What customers have to say: 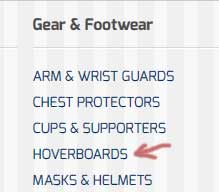 Get yours today! Find the new "Hoverboards" Category under "Baseball" then "Gear and Footwear". Available in all-black, black with some-white-but-not-too-much-white-to-cause-any-controversy and camo.

Special thanks goes out to our brave test dummies who sustained injuries due to involuntary and/or excessive acceleration. Always know that you helped blaze the trail for others as we perfected this transformational product. Speaking of "blaze", re-charging your hoverboard might not work the way you intended.