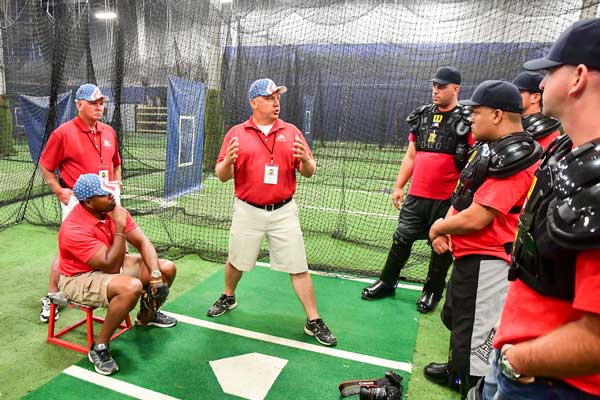 Something very special happens every June in the umpiring world.

One is a dream of many umpires. It is a College World Series assignment. Imagine being one of the 8 umpires out of 3,000 NCAA Umpires to receive the call for Omaha. That has to be some feeling - knowing you are recognized at the top of your game after all the time, effort and sacrificies you have made since you first started umpiring youth league games.

Step back one week before your CWS assignment and travel southwest from Omaha to Denver, Colorado.

Something special happens in Denver, too. It is the home of the Wounded Warrior Umpire Academy (WWUA). The name says it all. Each student here is a member of the Armed Forces, wounded warrior and rookie-umpire-in-training.

As Wounded Warriors, from the Marine Corps to be specific, these students have already made the sacrifices - ones of the hero variety, the kind that involve more than just time and effort. These kinds of sacrifices involve mind and body.

As rookie umpires, the level of recognition won't quite match that at the College World Series. Instead, it will be the kind you received when you began your career. You remember. 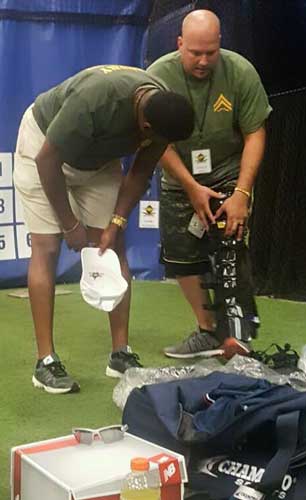 In order to bridge this recognition gap, top suppliers in the umpire community band together to supply these fine men and women with first class umpire gear and apparel.

We would like to thank the following suppliers for their contributions and willingness to support the WWUA in its third year:

salute to the graduates

And, of course, congratulations to the 11 umpires who graduated from the WWUA. Welcome to a new brotherhood.

Thank you ahead of time for your second contribution to society, this one on a playing field instead of a battlefield. It may seem like it's just a game, but as a major part of the fabric of American society, it's a game you fought for. As an umpire, you can fight for it still. Enjoy!

thanks to The Staff

Special thanks to WWUA leaders Greg Wilson, Tim Hatfield and Dan Weikle among others as well as a special salute to instructors David Pritchett, Don Rolfe, Cody Waterhouse and Dennis Whalen for all of your efforts and for allowing us to be involved with your very special organization.