Umpires and referees should consider warmth, grip, water-resistance and palm color when deciding on gloves.

You will find the right combination of warmth, grip and dexterity here based on the weather and the functions you perform (e.g. a plate umpire needs more grip and dexterity for indicator, writing and ball bag use than a base umpire). 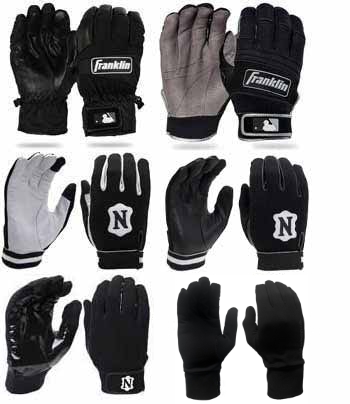 (Only those with grip shown)

(Only those with water-resistance shown)

Some officials want all-black gloves and some want black with light colored palms. The white palm color is important to enhance signal visibility to your crew, coaches, players and spectators.

Gloves with White or Grey Palms

Tell us what works best to keep your hands warm in the comments below.

Excellent "Cold Weather" gloves. Warm and still gives enough flexibility that you can use an indicator without problems.

Lightweight gloves for "in between" weather. Not warm enough for cold weather use.