An Equipment Supplier's View of the NCAA Umpire Clinics in Baltimore, Chicago and Nashville

(View of the main room at the Westin Chicago)

We have not done a great job the past few years attending the 4 umpire clinics around the country. We've been trying to find the right formula for juggling the clinics, our MiLB Umpire Training Academy sponsorship in Vero Beach, our UMPS CARE sponsorship in Phoenix and the daily operations in Louisville.

For 2016, we made some tweaks to who goes where and how we approach the clinics. Those tweaks seemed to have worked! Myra Breit, our customer service lead, spent more time in Vero (I spent less). She also was able to remote into the office in her downtime to review orders.

I tackled 3 of the 4 clinics myself rather than dedicating 2 staffers and did so with no more than 2 large bags full of samples of mostly new and exclusive items, our new marketing banners and Jolly Ranchers - always a favorite of attendees.

Nashville was easy. Only a 2.5 hour drive, I got up early and arrived just before the 7am registration to setup then returned afterwards - saving a night away from home. The proximity served as an extra bonus in seeing many of our Louisville-area friends. 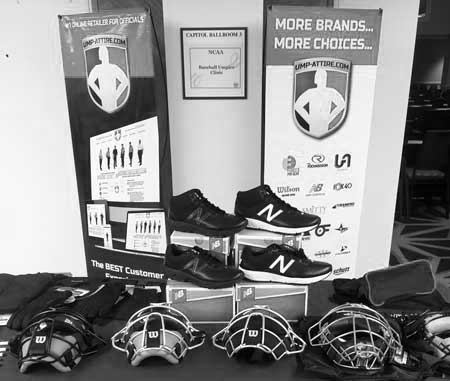 (Out typical setup - This was from Nashville's Clinic)

Chicago was great! It was nice connecting with lots of umpires I had not seen in a while, outside of Facebook at least - including some of those from the Southeast Michigan Umpire Camp and Mid-American Umpire Clinic that I attended several years ago. 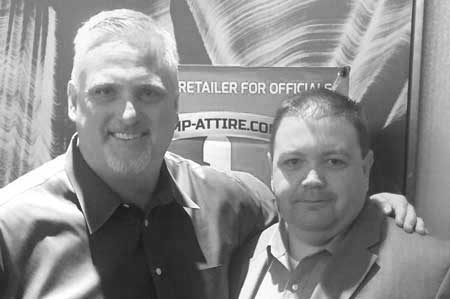 Baltimore was even better. Not only did I see a fair share of Minor League Umpires (who often umpire college ball before Spring Training) and former Umpire School students, I also connected with many online customers I had not previously met.

An early dinner with Warren Workman of Umpire-Empire.com, who is a few hours away in Virginia Beach, then a later dinner with some Minor League guys capped off the day nicely. 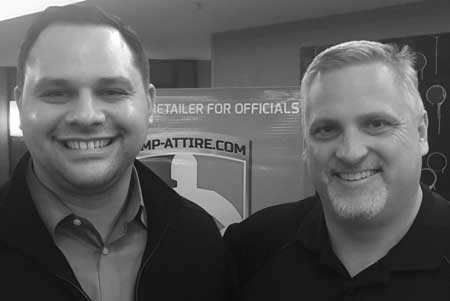 I apologize to those out West. I hoped to make it to Palo Alto, but it just didn't fit into the travel mix. I will try my best next year.

Hear are a few insights from all the clinics that you might find interesting:

Thanks to all of of the NCAA umpires who stopped by to see us. It was a very enjoyable time for me personally to spend time with all of you. See you next year!

This latest mask by Force3 is easily one of the best masks on the market! I would like to see a bit more protection on the top of the head, but a Skull Cap or FlexShell should take care of this issue.

This is a great "crossover" jacket. Cool enough for those in between days and loose enough to allow a layer or two to stay warm. This is a lightweight windbreaker that is great for allowing me to adjust even as the weather changes midgame.

Awesome combination with the sleeves being able to be removed during hot summers in the Midwest.