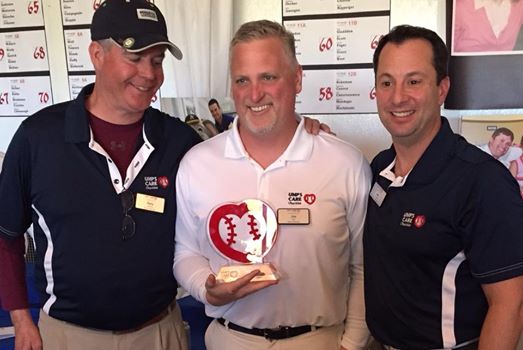 Each year at the Umps Care Charities signature event and Golf Classic, they honor an individual who is not an MLB umpire for their "outstanding commitment to our cause" through their Ambassador Award.

Past recipients have included former director Samuel Dearth and board members Dan McGinnis and Joe Cunningham.

This year, I was honored and humbled to win this award. Jim Reynolds, President of Umps Care Charities presented me with this award and said some awfully nice things.

I will admit I was not prepared but did give the reason I support Umps Care and feel why others should also (in so may words).

So thanks to everyone - including the MLB umpires who honored me and who work so hard to contribute to those in need.